Free: Guide to a Better Marriage

HUSBANDS: LEARN HOW TO CREATE HARMONY AND ONENESS WITH YOUR WIFE

I hate spam as much as you do. I'll never share your email address with anybody. My word is my bond.

Hi, David Johnson here of CommittedHusband.com. In this video, I’m going to give you 5 tips on how to “fight” with your wife so that you win every…single… time.

However, I think it’s important that you understand that a win, at least in this sense, isn’t defined in opposition to a loser.

Oh, no. This is your wife we are taking about. The only way that you can win is if she also wins. Show me a husband who always wins, and I’ll show you wife tired of always losing.

Oh, and before you write me a comment about the title being click bait, understand that I do plan on telling how to fight so that you win, every time.

It just may not look the way you are thinking.

My goal with this video and the others I’ve made and will continue to make is to do one thing: to help strengthen your marriage through personal development.

I get emails, comments, phone calls and texts all the time from men who are hurting. Men who have the best intentions but are in pain because their wives want a divorce.
Many time this comes as a complete shock and leaves men asking why. In a society that paints the man as the bad guy, this is doubly hard.

And, is the reason why the Men Go Their Own Way movement is starting to grow legs.
It’s born of pain and breeds resentment towards women, relationships, and the institute of marriage.

This is why it’s essential that you change your idea behind fighting with your wife, what it looks like, and how you approach it.

Tip #1: Understand that not all couples fight, nor should they.

You’re both adults. Fighting isn’t something that loving couples do despite the old adage that all couples do it.

Synonyms of fight include battle, riot, combat, war, clash, and even brawl. None of those are conducive to a happy marriage.

Yes, disagreements can and will happen, but once they graduate into a fight, you’ve both lost.  Disagreements are a good thing in a marriage, fighting is not. Learn to talk cooperatively and talk with your wife about a zero-fighting policy. As pie in the sky as that sounds, it can be done.

You both just have to agree to it and then make it a reality.

No, that doesn’t mean you ignore your differences, it means that the two of you must learn how to engage in collaborative win-win dialogues.

Just remember that differences don’t need to be fought about, they need to be resolved through calm dialogue and agreeing on an outcome BEFORE the discussion.

Hint: That outcome includes both of you being happy

This takes practice and a keen understanding of what sets you off. When you start to feel your emotions getting the better of you, excuse yourself from the disagreement and take a break.

You can say, “Things are starting to get heated and I don’t want to get upset. You don’t deserve that. Give me about 5 minutes and let us continue with this conversation in a bit.”

If the two of you have already spoken about the zero-fight policy she will more than understand and may even need a break herself.

During your break, breathe. No, seriously. Breathe.

Rhythmic breathing has been proven to clear the mind, relax the body, and improve your focus.

The reason why this technique is so powerful is that it helps you to leave your fight or flight mode and allows you to be more mindful of your emotions.

After breathing refocus on your wife, what you’re hoping to accomplish, and remind yourself that the relationship is more important than being right.

With your mind right, get back in there and finish up the discussion you started.

Tip # 3 Take a stance WITH your wife, not against her

Fighting indicates that you’re standing against your wife. Instead, find a way to stand with her and engage in collaborative partnering.

Collaborative partnering puts mutual understanding first. You do that by seeking to understanding what your wife is trying to say instead of just focusing on your rebuttal.
Understanding your wife’s concern will open the path forward with your marriage becoming stronger.

And that is: understanding is not required for peace, but acceptance is.

Understanding is not required for peace, but acceptance is.

Being in close contact with anybody for a long period of time will cause things to come to the surface. A marriage is exactly that, lots of time together. Maintaining harmony in a marriage means defeating your selfishness.

Humans were built to put our own needs first. It’s the job of the sub conscious mind to protect us and it’s easy to slip into the I come first mode because it’s engrained into who we are.

However, you must remember that you’re now more than just self, your self + one and that’s a whole lot better anyway.

So, there you have it. You can win every fight by not having them and by redefining what conflict in your marriage looks like.

You have the power to make a difference. You don’t need your wife’s permission to change how the two of your handle disagreements. Be the change you want to see in your marriage.

If you want to see more videos like this one just hit the subscribe button below and then click on the notification bell so that you don’t miss anything.

With the Committed Husband course you'll learn, step-by-step, how to get your wife to lean back into you.

Learn what you wished you new BEFORE you got married 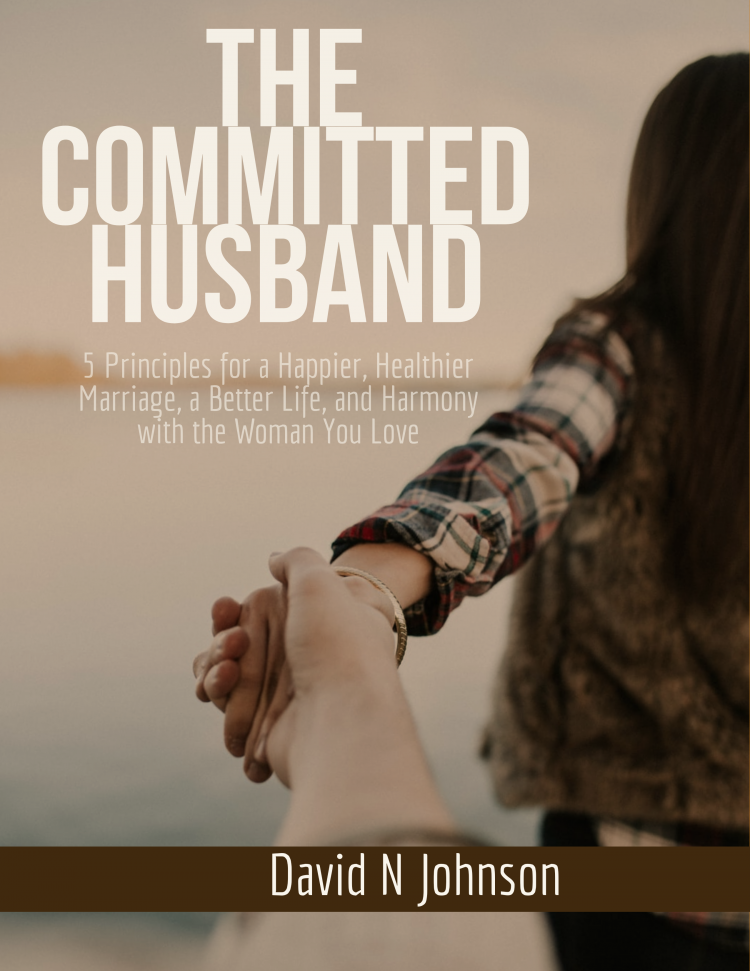 5 Principles for a Happier, Healthier Marriage, a Better Life, and Harmony with the Woman you Love